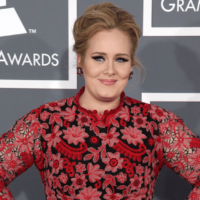 Adele dropped the first single off her long-awaited upcoming album, ’30’, on Thursday, releasing the song “Easy on Me” along with an accompanying music video.  The song is a piano-driven ballad that gives fans a preview to what’s to come from the singer’s new album.

The video, directed by Xavier Dolan, shows Adele in black and white, packing up the same house that she moved into in the video for her hit single “Hello”, off her album ’25’ (that video was also directed by Dolan).  In the visual, Adele loads up a car with furniture and sheet music, and drives past the “For Sale” sign and down the country road, on her way to a new era.

Adele’s ’30’ will be released on Nov. 19, you can pre-order the album at your service of choice.