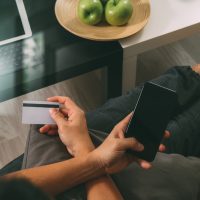 Five months after Apple announced that they would have their own credit card, it’s here. But not everyone can get it yet.

A limited number of people were randomly selected by the company to get invites to apply for it.

When its availability is expanded later this month, you’ll need to be an iPhone user to use one, or to even get one in the first place.

Here are 10 things to know about the card: