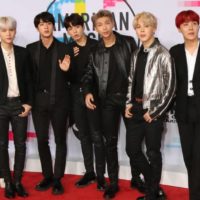 South Korea’s BTS will be releasing a new English-language track titled “Butter” on May 21. The group’s record label, Big Hit Music, and Columbia Records, made the announcement on Twitter. Big Hit Music released a short animated video of a heart-shaped piece of butter sliding until the release date appears.

“Butter” will be BTS’ second English-language track after the singers released “Dynamite” in August 2020. “Dynamite” appeared on BTS’ latest album Be. A new version of Be titled Be Essential Edition was released in February with additional material.

BTS to Release Second English Single “Butter” in May