Unreleased album from Prince “Welcome 2 America’ to drop in July

Five years after Prince’s tragic death, a new album of previously unreleased music from the legendary artist will be released. The new album, “Welcome 2 America,” was first produced in 2010 and will soon be released to the public, according to the Prince Estate and Legacy Recordings, a division of Sony Music Entertainment. Read full article >>

Twenty One Pilots announce new album and release video for their new single, “Shy Away.”

Twenty One Pilots – comprised of frontman Tyler Joseph and drummer Josh Dun – have announced their new album, ‘Scaled and Icy’, and released the video for their latest single, ‘Shy Away’. Read full article >> 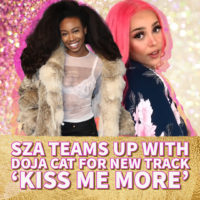 Doja Cat has teamed up with SZA for the new track ‘Kiss Me More’ set to drop on April 9. Doja revealed the first teaser image of the song on her Instagram page. Read full article >>

Gwen Stefani teased fans stating that a new collaboration with rapper Saweetie is on its way — a new version of “Slow Clap.” Read full article >>

Taylor Swift surprised fans on Wednesday by releasing a new “From the Vault” song, 2008’s “Mr. Perfectly Fine.”  The new track will appear on Swift’s new re-recording of Fearless, which will be released April 9. Read full article >> 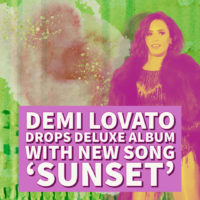 Demi Lovato has dropped the deluxe version of her new album Dancing With The Devil… The Art of Starting Over featuring the new track “Sunset,” as well as the live acoustic versions of “Dancing With The Devil,” “Anyone” and “ICU (Madison’s Lullabye)” from her docu-series premiere event. Read full article >>

Lil Nas X’s “Montero (Call Me By Your Name)” has debuted at No. 1 on the Billboard Hot 100. Billboard tweeted its weekly Hot 100 chart, which showed “Montero” in the coveted spot just ahead of Justin Bieber’s “Peaches” and Silk Sonic’s “Leave The Door Open.” Read full article >>

Justin Bieber surprised fans with the release of a new gospel-infused EP titled Freedom on Easter day.  “Freedom on all platforms,” the singer said on Instagram. The EP is available at your streaming service of choice. Read full article >>

BTS have released the music video for their latest Japanese single ‘Film Out,”  the theme song for the Japanese movie Signal, which premiered last week. Read full article >>

The Weeknd will donate $1 million towards relief efforts in Ethiopia, making the announcement in an Instagram post which detailed how he plans to aid those entangled in the conflict between the government in Addis Ababa and the Tigray region. Read full article >>

Snoop Dogg will serve as ‘Mega Mentor’ on Season 20 of NBC’s musical competition series, The Voice. Snoop joins coaches Kelly Clarkson, Nick Jonas, John Legend and Blake Shelton to mentor the remaining artists who have made it through the Battle Rounds, as each team prepares for the Knockouts, beginning Monday, April 19/ Read full article >>

18-year-old singer and actress Olivia Rodrigo has released a single and music video for her new song “Deja Vu”.  Rodrigo says her new song explores the “complex feelings” after a split, and in it she sings about special memories with an ex, who is now doing the same things with a new partner. Read full article >> 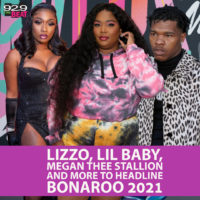 A woman was arrested on Tuesday evening after attempting to enter Drake’s mansion in Toronto. Both the Toronto Police Service and the rapper’s rep have confirmed the incident that occurred in the upscale Bridle Path neighborhood in the Bayview Avenue and Lawrence Avenue East area. Read full article >> 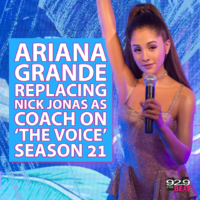 Ariana Grande is joining “The Voice.” The singer announced she will replace Nick Jonas on season 21 of the hit show, telling her fans “surprise !!!” in an Instagram post Tuesday. Read full article >>

Gucci has shared a teaser of Harry Styles in its next ad campaign, sharing on Instagram and Twitter a picture of Styles and the forthcoming #GucciBeloved spring/summer 2021 campaign, to be released next month.  Read full article >>

Justin Bieber has achieved his eighth No. 1 album on the Billboard 200 chart with Justice. Justice knocked Morgan Wallen’s Dangerous: The Double Album, down to No. 3; Dangerous had spent 10 consecutive weeks in a row, all from its debut, at No. 1. Read full article >> 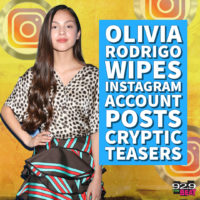 On Sunday, 31-year-old singer Jason Derulo and his girlfriend, model Jena Frumes announced they are expecting their first child together. The father-to-be wrote on Instagram, along with an announcement video: “Couldn’t be more excited for this new chapter in our life @jenafrumes.”  The model captioned an image of Derulo holding her baby bump on the beach: “Mom & Dad.” Read full article >> 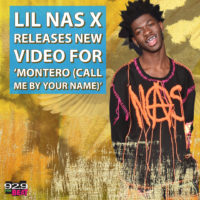 Lil Nas X has dropped the video for “MONTERO (Call Me By Your Name)” featuring a “trip to the Garden of Eden, ancient Greece and the fiery depths of hell.” According to a statement, the title of the song is an homage to the award-winning 2017 Luca Guadagnino coming-of-age film of the same name and “begs the question: do you truly love your neighbor as yourself, enough to call them by your own name?” Read full article >> 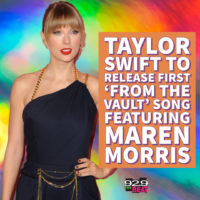 Taylor Swift announced Wednesday that she’ll be releasing the first new “Fearless” single ‘from the vault’ at midnight Thursday, titled “You All Over Me.”  Country singer Maren Morris, who joined Swift onstage in Dallas in October 2018 during her “Reputation” tour, will provide background vocals. Read full article >>

Machine Gun Kelly and Travis Barker have dropped the cover of Edwyn Collins’ signature 1994 hit “A Girl Like You” for the trailer to the Amazon Prime Video series Paradise City. Read full article >>

Pop Smoke’s posthumous Shoot for the Stars Aim for the Moon debut album now holds the longest reign at No. 1 on the Top Rap Albums chart ever. The project has spent 20 weeks at the chart’s apex since its July 2020 release. Read full article >>