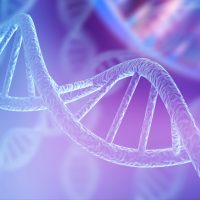 Ok this is one reason why I’m hesitant to take one of those home DNA tests!

I’ve heard stories of people discovering family secrets…like their dad is really their uncle and their uncle is their dad type situations. Or finding out you’ve got a half sibling out there somewhere!

Non quite as bad as this though….

A woman says her entire world was turned upside down after the results of a DNA test revealed that her husband is actually her first cousin.

The woman bought her husband a DNA test for his birthday.

To complicate things even further, the couple now suspects that this revelation could mean the husband’s father was unfaithful to his wife.

The woman says the news has really affected her husband and they aren’t even sleeping in the same room.

How much would this change your relationship, if you found out you were not only related, but it was pretty close? I mean 1st cousins, that’s too close- that’s illegal!

I feel so bad for this couple

And yeah, maybe I’ll just avoid these tests in the future.