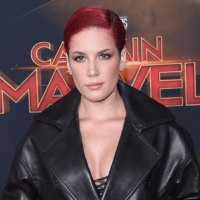 Halsey’s accompanying film for her latest album, If I Can’t Have Love, I Want Power, will premiere on HBO Max on October 7th. The movie, which shares the same name as the record, was previously shown in IMAX theaters around the world in August, taking in nearly $1M at the box office.

The film, is written by Halsey and directed by Colin Tilley – who also directed Halsey’s video for “I Am Not A Woman, I’m A God” as well as videos for SZA, Justin Bieber, Megan Thee Stallion, and more.

The film is set to the music from the album, which was produced by Nine Inch Nails’ Trent Reznor and Atticus Ross.