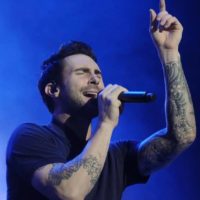 Maroon 5 will launch their North American headlining tour on August 10 in Auburn, WA at White River Amphitheater, and they are teaming up with pop star Ava Max as support on tour. The band announced that Ava Max will join them as their opening act on four stadium shows, including Wrigley Field in Chicago, IL on August 30, Hersheypark Stadium in Hershey, PA on September 5, Fenway Park in Boston, MA on September 12, and Banc of California Stadium in Los Angeles, CA on October 2.

Maroon 5’s tour runs through October 8 at Concord Pavilion in Concord, CA. As previously announced, blackbear will also serve as support on all tour dates.