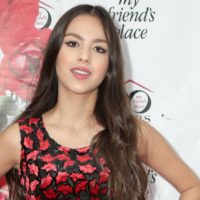 Olivia Rodrigo’s debut album Sour is back on top of the charts, returning to the No. 1 spot on Billboard 200 for a third nonconsecutive week.

Sour jumped from third to first this week, moving ahead of Doja Cat’s Planet Her, which remained at No. 2, and last week’s No. 1, Call Me If You Get Lost from Tyler, the Creator, which dropped to 6th place.

The 18-year-old’s Sour is now the second album in 2021 to earn over 100,000 units in each of its first five weeks, following Morgan Wallen‘s Dangerous: The Double Album.