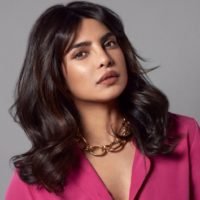 Priyanka Chopra responded Thursday to the growing backlash against her upcoming new show, The Activist.

The Activist‘s initial concept was to have contestants compete in several challenges for a cash grant and to raise awareness for their particular issue.  With Chopra, Usher and Julianne Hough were set to serve as judges. However, the backlash was immediate when the series was unveiled, with some critics saying the show pitted activists against one another for entertainment.

Chopra took to Instagram to acknowledge the growing complaints, declaring, “You were heard.”

“The show got it wrong, and I’m sorry that my participation in it disappointed many of you,” the actress continued. “The intention was always to bring attention to the people behind the ideas and highlight the actions and impact of the causes they support tirelessly.”

CBS has since announced plans to revise The Activist, turning it into a documentary that will remove all competitive elements and instead celebrate the six individuals and their work.

Referencing the show’s new direction, Chopra added, “I’m happy to know that in this new format, their stories will be the highlight, and I’m proud to collaborate with partners who have their ear to the ground and know when it’s time to hit pause and re-evaluate.”

The Quantico star’s remarks come a day after Hough apologized, saying the show “missed the mark” and understood why critics called it “tone-deaf.”

The Activist was originally intended to premiere in late October.  CBS, in tandem with the show’s production partners Global Citizen and Live Nation, have yet to announce the show’s new airdate.