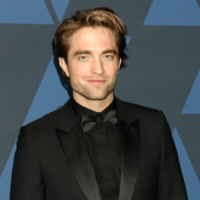 Warner Bros. unveiled the latest trailer for “The Batman” at DC FanDome over the weekend. In the clip, Robert Pattinson’s Dark Knight crosses paths with Catwoman, played by Zoe Kravitz, in the latest footage. Batman also encounters the Riddler (Paul Dano) and Oswald Cobblepot, aka the Penguin (Colin Farrell).

Directed by Matt Reeves, “The Batman” has Bruce saying as the Bat-Signal goes out over Gotham at the start of the trailer: “Fear is a tool. When that light hits the sky, it’s not just a call. It’s a warning.”

Filming got underway in January 2020 but was shut down in March 2020 due to the COVID-19 pandemic. After months of delays, The Batman started filming again in September 2020, but production was halted once again weeks later when Pattinson contracted COVID-19. Filming resumed after Pattinson made a full recovery.

WHAT TO WATCH – STREAMING ON DISNEY PLUS OCTOBER 2022

In Brief: AMC gets another bite of ‘Interview with the Vampire’, and more

WHAT TO WATCH – STREAMING ON HBO MAX OCTOBER 2022

Hulu’s “Ramy” tackles big issues when it ﻿returns this Friday