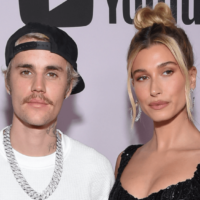 A new trailer for Justin Bieber’s upcoming documentary Justin Bieber: Our World has been released, which revolves around the preparation for his 2020 New Year’s Eve concert.  Bieber held the show at Los Angeles’ Beverly Hilton Hotel on December 31, where he performed to an in-person audience of only 240 people, while millions livestreamed the concert from their homes.

In the trailer for the 90-minute film, Bieber says of the event: “I just wanted to create a night that was gonna bring people together and people could just let go and enjoy themselves… I’m excited to get back on that stage, make people smile, make people happy.”

The film will also explore the challenges of putting on an concert during the restricted times of the COVID-19 pandemic. Justin Bieber: Our World will premiere on Amazon Prime Video on October 8.