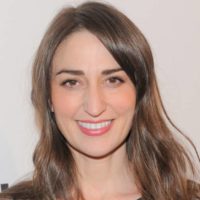 Producers announced Wednesday that the Sara Bareilles musical Waitress will return to Broadway in the fall, for a limited engagement opening in September.  Waitress first debuted on Broadway in 2016

Waitress will open Sept. 2 at Ethel Barrymore Theatre in New York running through Jan. 9. Bareilles will reprise the role of Jenna Hunterson from Sept. 2 through Oct. 17.

Waitress features music and lyrics by Bareilles, taken from a book by Jessie Nelson. The musical is based on the 2007 film of the same name starring Keri Russell as Jenna, a waitress and baker in a loveless marriage who enters a baking contest. Bareilles said in a statement: “I couldn’t miss the opportunity to be there when Broadway welcomes audiences back into theaters that have been sitting dark for over a yeaIt ir. s a gift to get to revisit the beautiful story of Waitress, centered around hope, resilience and the support of our chosen family. Broadway is grit and grace, magic and mayhem, and I can’t wait to feel the electricity that pulses through all of us as the curtains rise once again.”