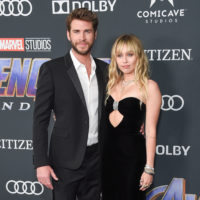 Were These the Signs Miley & Liam Were Over?

In newly resurfaced video, you can tell there is a distance between the couple.

Machine Gun Kelly has announced his 27-date Tickets To My Downfall tour, kicking off in Minneapolis on September 9 and running through December 18 when it wraps up in MGK’s hometown of Cleveland, Ohio. Pre-sale for the tour begins April 27 with the general sale beginning on April 30. You can also enter to win tickets now with 92.9 The Beat! Read full article >>

Carrie Ann Inaba announces leave of absence from ‘The Talk’

Carrie Ann Inaba announced she is taking a leave of absence from CBS’s “The Talk.”  The co-host of the daytime talk show said she is taking the leave to “focus on my health and well-being.” Read full article >>

South Korea’s BTS will be releasing a new English-language track titled “Butter” on May 21. The group’s record label, Big Hit Music, and Columbia Records, made the announcement on Twitter. Big Hit Music released a short animated video of a heart-shaped piece of butter sliding until the release date appears. Read full article >> 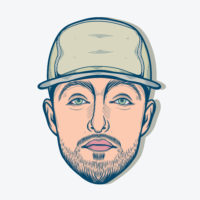 The estate of the late Mac Miller has announced a new book exploring his life.

Netflix releases the trailer for ‘Master of None’ Season 3

Netflix has released the trailer for Master of None Season 3. The third season of the series, created by Aziz Ansari and Alan Yang, will focus on Denise (Lena Waithe) and her partner, Alicia (Naomi Ackie).  The season, set to premiere May 23, is subtitled “Moments in Love,” and the trailer illustrates the relationship of Denise and Alicia over time. Ansari plays Dev Shah in the series, a struggling actor pursuing a career and romance in New York. Dev makes a brief appearance in the trailer for Season 3. The new season will take on some serious issues, including struggles with fertility and personal growth, along with comedy. Read full article >>

Billie Eilish took to Instagram on Monday, April 26 to share a teaser of her new song, captioning a video clip “Happier Than Ever” — in what appears to be the title and from the music video. Read full article >>

The 93rd Academy Awards was held last night, and due to the coronavirus pandemic the star-studded event took place at both The Union Station and the Dolby Theatre in Los Angeles with a limited audience. Some nominees also appeared via satellite from remote locations. Attendees were vaccinated, tested and seated in a socially distanced manner to keep everyone safe. People were allowed to take their masks off when the cameras were rolling, but had to put them on during commercial breaks. Read full article >>

“Saturday Night Live” announced they will be back on May 8 for its first episode since April 10, and also announced that Tesla CEO Elon Musk will be hosting the show for the first time, alongside musical Miley Cyrus, who will be making her sixth appearance as a musical guest on the show. Read full article >>