May 27, 2021 The Latest Leave a reply
On Wednesday, Ariana Grande shared the first photographs from her wedding on May 15th to real estate agent Dalton Gomez on her social media platforms.  Grande captioned the photos “5.15.21″.
https://www.instagram.com/p/CPV4KYBFTHX/ Read full article >>

Kevin Spacey has been cast in his first film role since sexual misconduct allegations against him emerged in late 2017.  Spacey is set to star opposite Vanessa Redgrave in “L’uomo Che Disegno Dio” (translated to “The Man Who Drew God” in English), directed by her husband Franco Nero.  Nero is best known as an actor in films like “Django Unchained,” “Die Hard 2,” and “John Wick: Chapter 2.”  The film is reportedly about a blind artist who acquires a godlike ability to draw portraits of people based on only hearing their voices, skyrocketing him to fame. Spacey will appear in a small role in the movie as a police detective, while Redgrave will be making a cameo as a piano teacher. Read full article >> 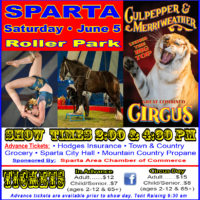 Win Tickets to the Sparta Circus!

92.9 The Beat is hooking you up with a family 4 pack(2 adult & 2 kid/senior tickets) to the Culpepper and Merriweather Circus in Sparta June 5th! Listen Tuesday June 1st from 2p-5p for your chance to win with Mason on the Beat! Read full article >>

The National Academy of Television Arts & Sciences announced the nominations for the 48th annual Daytine Emmy awards on Tuesday. The Daytime Emmys will take place June 25, airing at 8 p.m. EDT on CBS and streamimg on Paramount+. Read full article >>

May 26, 2021 The Latest Leave a reply
18-year-old Olivia Rodrigo’s new single “Good 4 U” has hit number one on the Billboard Hot 100, the second No 1 hit for the singer following her breakout single, “Drivers License.”  Both songs are taken off Rodrigo’s debut album “Sour,” and the artist celebrated the big news on Instagram, posting: “GOOD 4 U IS NUMBER ONE!!!!!!!! IM SO HAPPY AHHHHHH!!!!!”
Rodrigo was previously known for her role as Paige Olvera on the Disney series “Bizaardvark,” and Nina Salazar-Roberts on Disney’s “High School Musical: The Musical: The Series.” Drivers License holds the record of having  the biggest first week debut on Spotify, and the song has been certified triple platinum. 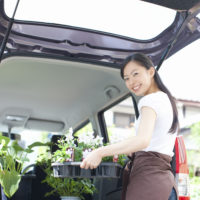 Do you love your garden so much that you wish you could take it with you….in your car??

J. Cole earns his sixth No. 1 album on Billboard 200 Chart with ‘The Off-Season’

J. Cole’s The Off-Season is No. 1 on the Billboard 200 albums chart. The Off-Season was released via Dreamville/Roc Nation/Interscope on May 14 and also has earned this year’s largest streaming week for any album. Read full article >>

Marvel debuted the teaser trailer for the upcoming film, “The Eternals.” The movie marks the latest installment in the Marvel Cinematic Universe, and the first movie in the franchise since “Spider-Man: Far From Home” dropped in 2019. “Eternals” is the first major Hollywood film from Academy Award-winner Chloé Zhao, whose film “Nomadland” won both best picture and best director at the 2021 Oscars. Read full article >>

Timothee Chalamet has been tapped to portray a young Willy Wonka in an upcoming prequel film from Warner Bros. titled Wonka. The musical will explore the fictional candy maker from Roald Dahl’s book before he opens up his signature chocolate factory. Gene Wilder portrayed Willy Wonka in 1971’s Willy Wonka and the Chocolate Factory, and then Johnny Depp then portrayed the character in director Tim Burton’s 2005 version, Charlie and the Chocolate Factory. Read full article >>

“Spiral: From the Book of Saw” tops North American box office for 2nd weekend in a row

“Spiral: From the Book of Saw,” the ninth and latest film in the Saw series, was once again No. 1 at the weekend box office with an estimated 4.55 million in earning during its second weekend of release. The Lionsgate’s R-rated film has grossed 15.82 million dollars in North America in 10 days after its initial release, pushing the franchise’s total to over 1 billion dollars at global box office. Read full article >>

Miley Cyrus has signed a talent and development deal with NBCUniversal Television and Streaming, which includes a first-look arrangement between Cyrus’ production company Hopetown Entertainment (which she runs with her mother and manager Tish Cyrus). Hopetown will develop scripted and unscripted projects for the NBCU outlets including NBC, Bravo, E!, Oxygen, SYFY, Universal Kids, USA and Peacock. Cyrus may serve as a producer, performer and/or host on any number of network, cable, streaming and syndication programs. Read full article >> 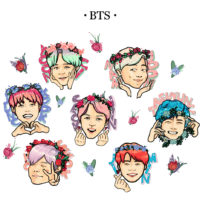 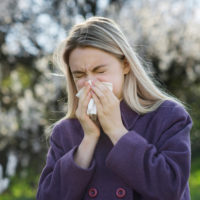 Allergies Are Insane This Season

If your allergies are particularly bad this season- there’s a reason!

Drake was honored with the Artist of the Decade Award, and Pink with the Icon Award. Pink took the stage and performed a number of her hit songs, including “All I know So Far,” “So What,” “Who Knew,” and “Cover Me in Sunshine” alongside her 9-year-old daughter Willow Sage Hart. Read full article >>

Jason Derulo and girlfriend Jena Frumes are parents. Derulo confirmed the news on social media, posting a video and saying: “The happiest day of my life bringing our baby boy (Jason King Derulo) home. He’s so lucky to have such a strong caring hero of a mother.” Read full article >>

The Jonas Brothers revealing they will be hitting the road this summer for their “Remember This” tour. Read full article >>

Disney+ announced on Thursday that Bette Midler, Sarah Jessica Parker and Kathy Najimy will reprise their roles as the Sanderson Sisters in Hocus Pocus 2, to debut next year. The sequel to the Halloween cult classic Hocus Pocus will debut exclusively on Disney+ in 2022, with production beginning this fall. Read full article >>

Drake named “Top Artist Of The Decade” by Billboard

Drake has officially been named Billboard’s “Artist of the Decade” for his achievements over the last 10 years. The industry honor is being awarded to Drake based on data collected from December 2009 until September 2019. Factors counted in the data include touring revenue, social media data, Hot 100 activity, and Billboard 200 chart sales. Read full article >> 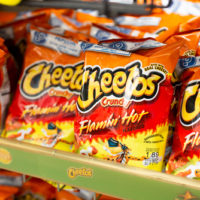 Have you seen the latest item offered at Hy-vee’s sushi counter?!

Lollapalooza 2021 is returning to Chicago this summer from July 29 to Aug. 1 at Grand Park, and organizers have announced on Twitter that Miley Cyrus, Foo Fighters, Post Malone and Tyler, the Creator are set as headliners. Read full article >>

HBO Max has dropped the first trailer for the upcoming and unscripted Friends: The Reunion special. Cast members Jennifer Aniston, Courteney Cox, Lisa Kudrow, Matt LeBlanc, Matthew Perry and David Schwimmer return to the show’s iconic New York apartment and fountain in the video clip released on Wednesday. The cast also have a table read with James Corden to discuss topics — such as whether or not Aniston’s Rachel Green and Schwimmer’s Ross Geller were ‘on a break.’ Read full article >>

Netflix has dropped the first trailer for Sweet Tooth, its upcoming drama series adaptation based on characters created for DC Vertigo by Jeff Lemire.  The series comes from Robert Downey Jr. and wife Susan Downey’s Team Downey and stars Christian Convery, Nonso Anozie, Adeel Akhtar and Will Forte, with James Brolin as the voice of the narrator. Read full article >>